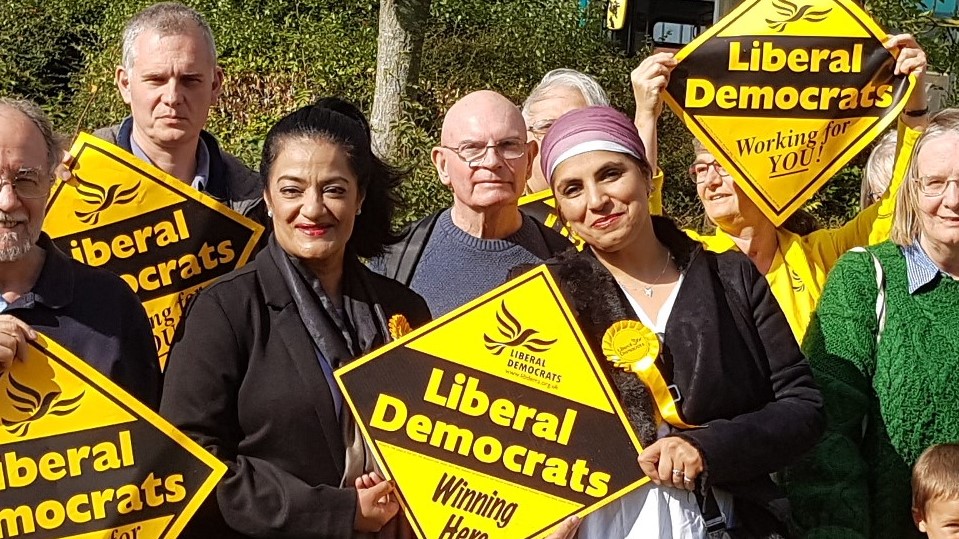 The results of the December 12 General Election are a disaster for our country. The continuing battle will be to hold the Conservatives to account for any harm they do while we fight to protect the most vulnerable.

During his General Election campaign Boris Johnson claimed other people were to blame for problems in our country and Brexit not happening, successfully deflecting responsibly from him and his wing of the Conservative party. Now that Johnson has a large majority of the MPs in Parliament it means that whatever happens now, he will own the results. Johnson won’t be able to blame anyone else.

Johnson also made lavish policy promises during the election campaign. He promised 40 new hospitals, when funding only exists for 6, and when asked he failed to explain where money for the other 34 ‘new’ hospitals would come from. Johnson promised a new £10.50 minimum wage as a way to help the poorest workers but has since winning downgraded it to ‘maybe’ happening by 2024 “provided economic conditions allow”. It would be a ‘pleasant’ surprise if Johnson delivers on all of his spending commitments. If he doesn’t we’ll need to keep the commitments on the agenda and hold him to account.

It is worth commenting that this is another election where the awful First Past the Post (FPTP) election system has stolen people’s voices. First, many people in almost the whole country voted “against” a party they hate more rather than “for” a party they like. It was clear while out canvassing during the election that many were voting Conservative not because of anything that party had to say, but because they were unhappy with Labour and feared the idea of Corbyn winning. If we had a proper electoral system like Single Transferrable Vote (STV) which is already used and popular in Northern Ireland and for Scottish local elections then people could give a first preference to their preferred party/candidate even if they have little chance of winning, and only then consider who they’re ‘voting against’.

Next, while the Conservatives won a comfortable majority in parliament (56.2% of seats), they won a minority of votes (43.6% of votes), and the parties wanting a People’s Vote won more votes combined than the combination of Con/UKIP/Brexit Party. When most of Europe has rightly consigned FPTP to history and moved to more representative electoral systems it should be a matter of shame that our country is stuck in the past with a system that saw the Tories national vote increase by only 1.2% and obtain a landslide win by seats, while the Lib Dems went up by 4.2% of the national share and ended with fewer seats in Parliament.

Within Milton Keynes the election for both seats were seen as two horse races between Labour and the Conservatives following the close results in 2017, with both of those parties fighting the seats hard.

The vote change in Milton Keynes moved roughly in line with national vote changes, with the Liberal Democrats seeing the largest increase in vote, with a small increase for the Conservatives, and a significant drop for Labour. The change in vote for both Labour and Conservatives were better than the national average, perhaps because the Brexit Party didn’t stand in either MK seat.

Those results mean the Conservatives held off Labour’s challenge and won both seats with increased majorities.

Thank you to all of the Liberal Democrat members and supporters in Milton Keynes who helped in MK and in other more winnable seats such as Buckingham and St Albans.

What Now for Brexit

While Liberal Democrats will keep fighting to Stop Brexit, the size of Johnson’s majority means he has the initiative, and it will take Conservative problems in delivering their Brexit to stop it happening. Given the talent on the Conservative front bench (Dominic Raab not realising Dover was important, Priti Patel trying to change UK government policy after meetings with a foreign government kept secret from the UK government while on a “family holiday”, to Boris Johnson‘ incompetence condemning a British citizen to prison in Iran due to his regular failure to read his briefs as Foreign Secretary) Brexit is not a “done deal”. But while it is possible Conservative mismanagement could still sink Brexit, it is also possible the same mismanagement could see an accidental no deal Brexit. On that, it is clear Johnson has been looking “both ways” claiming to the ERG “no deal” group of Tory MPs that he wants no deal, and the ‘more moderate’ Conservatives and business that he does want a deal. Who knows what he will decide to do now he can afford to ignore either wing of his party.

While a hard Brexit now looks very likely it still isn’t guaranteed, and we must do whatever we can to prevent the chance of a no deal Brexit. We’ll continue fighting, even if the ball is very much in Johnson’s court and we’ll need to keep what pressure we can on them to help force the errors that Conservative government ministers have already shown they’re likely to make.

What now in Milton Keynes

With a strong Council Group in Milton Keynes the Liberal Democrats will continue putting pressure on the administration to help the most vulnerable.

Funding for Local Government and the vital services it provides to the most vulnerable is still at historically low levels following years of funding cuts by Central Government, despite councils raising Council Tax at maximum rates. MK Council funding is now £140 million lower than it was in 2010, and while the government’s “Provisional Local Government Finance Settlement for 2020/21” suggests there may be some relief from further cuts, the current Conservative promises will do little to help councils provide services to help the most vulnerable.

While Milton Keynes continues in No Overall Control (no party has a majority) the Liberal Democrat group will continue working cross party to ensure whoever is running MK council does so as well as possible, in the interests of residents of MK now and into the future. Part of that must be ensuring there continues to be a balanced budget spent responsibly so that Milton Keynes doesn’t go bankrupt like Northamtonshire County Council which had been run by the Conservatives for decades. In addition, we will continue doing everything we can to help protect the environment – during the period Lib Dems ran MK council 2002 – 2011 there was investment in recycling, a move to renewable only electricity suppliers, increases in bus use, improvements in building standards in MK. We will locally continue to fight for MK to be at the leading edge of fighting against the climate emergency, as the Liberal Democrats will continue to nationally.

The next elections in Milton Keynes for the MK Council are in May 2020 where our local champions will be fighting to keep our seats and hopefully gain a stronger voice to fight for residents in Milton Keynes. Across much of Milton Keynes people receive the a regular Focus news letter letting them know what their local Lib Dems are up to. If you would like to join us the link is below, or you can get involved and campaign with us!

In Milton Keynes and elsewhere Liberal Democrats will continue fighting to protect the most vulnerable, and for us to leave our country and planet in a better condition for future generations.

You can join us online by following this link.