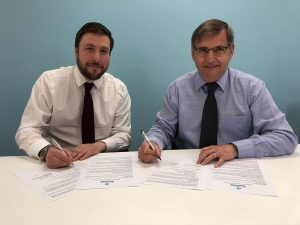 Under the new Enhanced Partnership the Labour Group will continue to run the Council in return for delivering the whole of the Lib Dem manifesto and giving the Lib Dems and enhanced role in formatting future Council policy.

Cllr Douglas McCall, said, “We have had a successful partnership with Labour over the last two years, and have agreed to enter into an enhanced partnership, which allows the Lib Dems to have a major influence on Council policy, and in which the whole of the Liberal Democrat and Labour manifestos will form the Council Plan”.

“The Partnership will continue to provide stability for the Council when moving forward on the big strategic issues such as Plan:MK and the 2050 Project”.

“It also protects the Council from the Conservatives reckless spending plans. They wanted to raid the Council’s reserves. In these times of austerity financial prudence is key, and we don’t want to follow the lead of neighbouring Conservative run Northamptonshire County Council, which only leads to bankruptcy”.