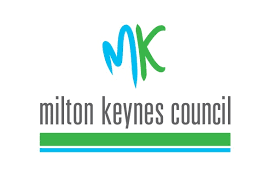 With Milton Keynes Council being in No Overall Control (NOC) following the local elections the Liberal Democrats had separate meetings with both the Conservatives and Labour to see if some agreement could be reached on the future running of the city.

Lib Dem Group Leader, Cllr Douglas McCall, said, “We carefully considered the responses from both parties. Labour offered us a coalition, but seats round the Cabinet table is not what is important to us. What is important is the delivery of policy, and in the end that was the main deciding factor.

We have had a successful partnership with Labour over the last two years, and have agreed to enter into an enhanced partnership, which allows the Lib Dems to have a major influence on Council policy, and in which the whole of the Liberal Democrat and Labour manifestos will form the Council Plan”.

“The key agreed priorities within the two manifestos are:

• A refreshed Medium Term Financial Strategy that does not deny the impact of austerity or place the financial viability of MK Council in jeopardy;
• Delivering a long-term vision for Milton Keynes and passing Plan:MK;
• Responding to the National Infrastructure Committee Report on the East-West Corridor;
• Tackling homelessness;
• Increasing truly affordable housing;
• Improving highway repairs and maintenance;
• Reducing litter and improving landscaping;
• Increasing sustainability;
• More investment in children’s and adult social care
• Devolution and sustainable funding for Town and Parish Councils”.

Cllr McCall continued, “We rejected the offer from the Conservatives as they wanted to run a minority Administration on their own, with little if any say for the Lib Dems. We are also very concerned at their proposals to raid the Council’s reserves. In these times of austerity financial prudence is key, and we don’t want to follow the lead of neighbouring Conservative run Northamptonshire County Council, which only leads to bankruptcy”.

Cllr McCall concluded “We look forward to continuing to work positively with Labour for the benefit of MK residents and to bringing stability to the NOC Council”.