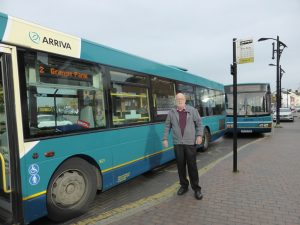 Lib Dem ward councillors, led by Cllr Paul Alexander, have now held three meetings with Arriva senior management regarding changes to the No 1 and No 2 bus services in and around Newport Pagnell.
We have put across the concerns raised with us by residents, including the lack of direct buses to the hospital and MK College. These changes are adversely affecting residents trying to get to work, college and the hospital. There have also been complaints about overcrowding and bus users being left at the bus stop when full buses turn up.
Although they are still refusing to completely reinstate the old No 1 service, they have agreed to look at introducing additional peak time buses, including the possibility of through buses on the No 1 route.
1 Comment