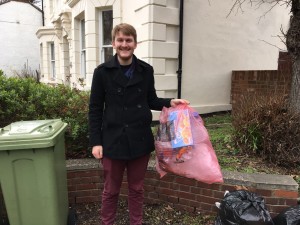 Leo Montague, the Liberal Democrat candidate for Newport Pagnell North & Hanslope Ward, is delighted that the Lib Dems saved the MK recycling scheme.
The Lib Dems moved the successful amendment to the MK Council budget that saved the pick sack recycling scheme from being cut.
They also ensured that the green waste bin collection will remain free and that there will be a full review of the Council’s waste strategy before any future changes are considered.
The Liberal Democrats increased recycling rates fivefold and helped Milton Keynes become a leading recycling borough when they ran the Council.
Leave a comment